Washington DC, September 27, 2022:  National Hindu Advocacy Day on the Hill, a historic event organized by the Coalition of Hindus of North America (CoHNA) at the US Capitol, showcased the core values of the Hindu community, the impact of Hinduism in the US and the richness of vibrant Hindu festivals like Navratri, a celebration of the divine feminine, which is underway this week.

Representatives from the offices of more than 15 lawmakers (senators, congressmen and congresswomen) attended the event on September 21, 2022, which highlighted findings from a recent groundbreaking study on anti-Hindu disinformation and Hinduphobia by the Network Contagion Research Institute (NCRI) at Rutgers University. Their work — which was summarized by lead researcher and Chief Science Officer, Dr. Joel Finkelstein — has uncovered a sharp spike in anti-Hindu hatred in online channels and a growth in Hinduphobia. It also warned that such online hatred is an indicator of real world violence, as exemplified by their previous research on antisemitism, which saw how similar patterns lead to attacks on the American Jewish community.

As Congressman Drew Ferguson (R-GA) said at the event, “there’s a real problem with Hinduphobia in America. It’s something that is growing.” Ferguson went on to point out that Hindu Americans “share the same values of work, creativity, innovation, compassion, love, giving and -- quite candidly -- love America.”

Expanding on his prophetic research published in July, Dr. Finkelstein said, “we've seen that there's been a growth of anti-Hindu slurs which are stoking fears of replacement, mixing with antisemitic memes, with other narratives, and hatred shared by white supremacists, by Islamists, and others, which are creating a toxic atmosphere of hostility.” He also highlighted growing globally interconnected patterns of hate — which have manifested in a slew of recent real life attacks against temples in Canada, and violence against Hindus in the United States and the United Kingdom.  Dr. Finkelstein described the recent Hinduphobic violence in the U.K. as a “low grade pogrom” against Hindus. A summary of the key findings of the NCRI study can be found here.

Hindus are a vibrant and diverse community, who have contributed significantly to American progress, well-being and democracy, particularly during the COVID-19 pandemic. As Congressman Hank Johnson (D-GA) pointed out, “We must elevate how much Hindu Americans have contributed to our society whether through yoga, vegetarianism, the arts, or through business enterprises, science and technology, and the medical field.” Congressman Johnson added that “important American leaders and thinkers have been inspired by Hindu values and ways of being. Martin Luther King, Jr. was one leader who was inspired by the philosophy of Mohandas Gandhi, and worked to end segregation and discrimination based on the theory and philosophy of nonviolence.”

The talent and contributions that Hindus make to American society is universally recognized, and yet ignorance about Hinduism is widespread, and the community has increasingly found itself the target of bigotry and hate.

“Our event is the outcome of recognizing the need for more advocacy and education on behalf of the growing Hindu American community," said Nikunj Trivedi, President of CoHNA. "Widespread ignorance about Hinduism has a direct impact on the safety and security of our community. In addition to online hatred, we have witnessed growing academic bias against Hindus-something CoHNA had highlighted in its first ever congressional briefing a year ago. Much of the academic bias extends from a limited understanding of the history of colonialism in India, as well as misinterpretations of Hindu scriptures.”

Hindu American students, workers and community members are found in every part of the country and have been part of the American tapestry for decades. Yet, data shows that only one in four Americans actually knows a Hindu and according to 2020 Federal Bureau of Investigation data, hate crimes against Indian Americans are up 500%.

Over the past twelve months, CoHNA has held three congressional briefings on various issues impacting the Hindu American community, and is leading efforts to educate stakeholders about Hinduism and the growing challenges it faces today in the US through events like its Hindu Advocacy on the Hill event. 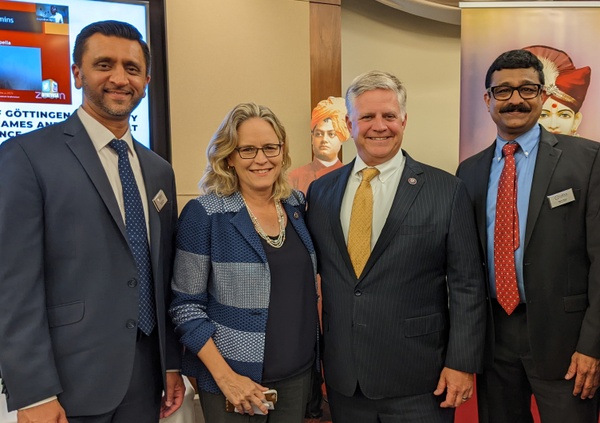 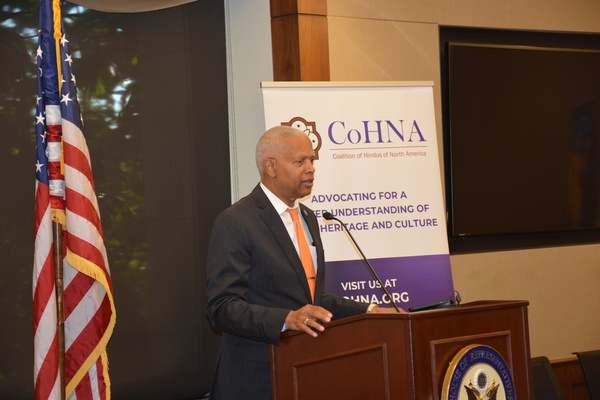